The Jean Kline Block
....a tribute to the late Jean Bradford Kline... 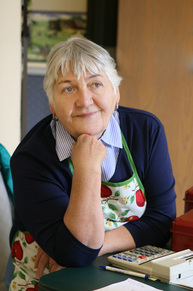 _
Jean Kline; a leader, a historian, a friend...The Eaton Rapids Area Historical Society suffered a huge loss with the passing of Jean Kline in 2010.  Jean was one of the main "sparks" of the group, and her passing has left a great hole in the organization and in our hearts.

In her memory, Cernyw, Jean's husband, decided to fulfill her dream of creating a new museum on the Miller Farm grounds; a group of storefronts reminiscent of the early days of Eaton Rapids.  Named the Jean Kline Block, this large structure you will see at the back of  the property is actually 4 galleries that  hold 6 different "businesses" an undertaker, a print shop, a general store, a beauty shop, a barber shop, and a photography studio.


The "businesses" inside the Jean Kline Building:

Undertaker--this building is two rooms. The front room is the typical late-1800's formal front parlor and is referred to as the Skinner Victorian Parlor; it's a sad time at the home, though, as a family member has passed away and a wicker casket is on display for family members to come and show their respect. Surrounding the display is a portable funeral setting brought over by Mr. Skinner, the local undertaker.  A crushed velvet backdrop, flickering side lights, and a stained glass base, lit to show the setting sun, add to the scene. Through the door we see the Undertaker's workroom. In order to make ends meet, most undertakers would also do woodworking, or some other job when business was slow, so there are tools of both trades back there--saws, hammers, planes--along with embalming tools and table.

New to this area behind the Undertaker display is an area representing our Woolen Mill history, the Horner Woolen Mills, to be specific. Generous donations from the Horner Family and Phyllis and the late Richard Toncray have added much interest to this area. An original deck chair from the SS United States, complete with a Horner lap robe, was donated to us from the Toncray family.  They sailed on the maiden voyage of the ship in 1952; all the lap robes on board the luxury liner were manufactured here in Eaton Rapids. Also in this gallery are artifacts from the original Horner Mill, a loom, and a spinning wheel.

Print Shop: Featuring artifacts and working machinery from local printer Wayne Holmes. We have an extensive collection of lead type, along with all the machines to produce it; of special interest are the pieces of type for the Miller Farm and other local businesses.  Mr. Holmes did the final printing on the Miller Ice Cream cartons, and his wife worked for the Miller's as a housekeeper and lived in the Miller House at one time.

Boice's Bazaar: In the late 1800's Herbert Boice (1860-1936) owned and operated Boice's Bazaar, a general store downtown Eaton Rapids. His wife was Katherine. Mr. Boice carried a large line of confectioneries that he manufactured himself, plus general bazaar goods, millinery, magazines and newspapers. His store had several locations downtown over the years, and several names (including Boice and Stoddard) but the final store was located at226 S. Main, and he lived at 216 Plain Street. Mr. Boice also served as city librarian for 9 years, city clerk for two years, marshal six months, deputy marshal 18 months, supervisor for several years, as well as numerous minor offices.  Many still remember the business downtown known as Boice's Bazaar, but more than likely they are remembering it when it was owned and operated in the later years by Glenn Marr.

In the back of Boice's Bazaar, we have two mini-galleries.  On the right you will see Joyce Howe's Beauty Shop. Joyce had a beauty shop downtown for 60 years. She combed, cut, finger-waved, pin-curled, teased and back-combed her way to a much-deserved retirement in May of 2005, and upon her retirement was encouraged to save all her equipment with this display in mind.  You will see her sink, chairs, hooded hair dryer, and part of Joyce's doll collection, in addition to vintage beauty shop items.

Next to Joyce's is Nat Davis's O.K. Parlor Barbershop; Nat was from Louisiana, and a former slave. When the Civil War broke out, Nat and his brothers joined the 13th Michigan Infantry under the command of Captain Joshua Slayton of Eaton Rapids.  Due to Captain Slayton's influence, after the war Nat came to Eaton Rapids, opened a barber shop, and raised his family here. The barbershop was located at 36 Main Street, downtown Eaton Rapids.  Mr. Davis and his wife Eurith and their two sons, Benjamin and Louis, lived at the corner of State and South East Street.  Mr. Davis was a member of the Eaton Rapids J.B. BRAINARD G.A.R. Post No. 111.

A.V. Roehm Photography Studio: Mr. Roehm (1869-1942) was a prominent photographer in Eaton Rapids in the early 1900's.  He also had a studio in Charlotte.  He married Ethel A. Hartson (born 1871), sister to Addie Hartson, a prominent local artist.  In 1900, the Roehm’s lived at 224 S. Main Street.  In our studio you will see an interesting collection of cameras through the years, along with many vintage photos. The gallery will serve as a working studio and darkroom for special events. 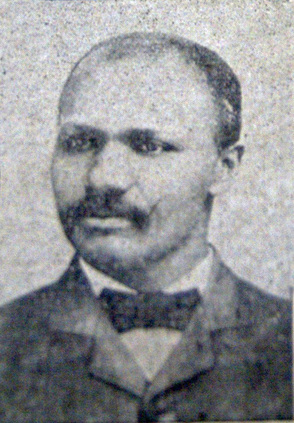 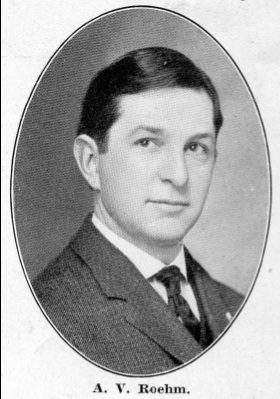 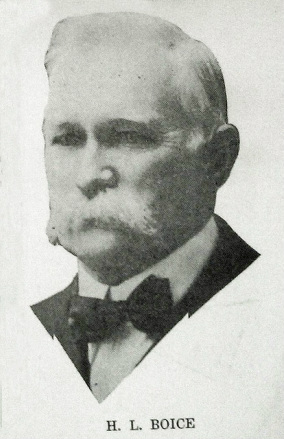 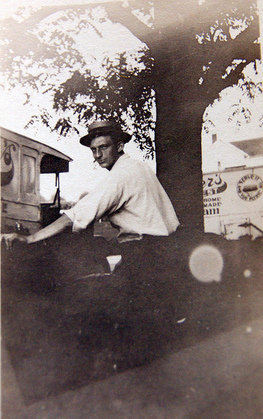 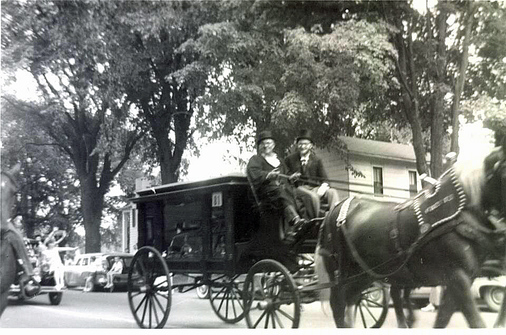 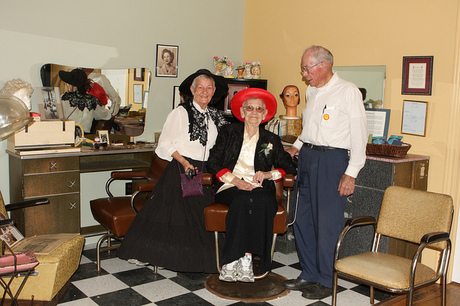